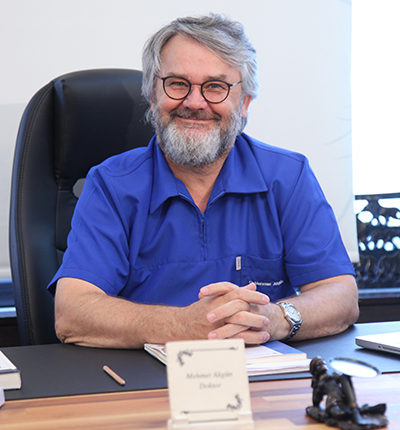 Mehmet Akgün graduated from the Gülhane Military Medical Academy in 1992 and at the same year he entered his professional career. After working a year in Iğdır, İzmir and GATA, he put an end to the military doctor duty. Then, he fulfilled executive positions at Headquarters of Ministry of Health and Ankara Local Health Authority and after he put an end to his official duty. After he began working as managing director and operating doctor at Private CLNC Medilife Polyclinic in heartland of Ankara.

During his 20-year career, he attended over 40 training programs. He received Medical Aesthetics Doctor, Acupuncture, Family Practice, Occupational Physician certificates. As well as certificate trainings, he continued Psychological Counseling and Guidance Doctoral Program at Gazi University, Faculty of Educational Sciences for a long time. We worked with Dr Le Coz who is a connoisseur in the field of non-surgical aesthetic and mesotherapy and within that period he moved aesthetic applications forward through trainings, seminars and workshops which he attended. He is one of the most experienced doctor in the field of botox and filler.